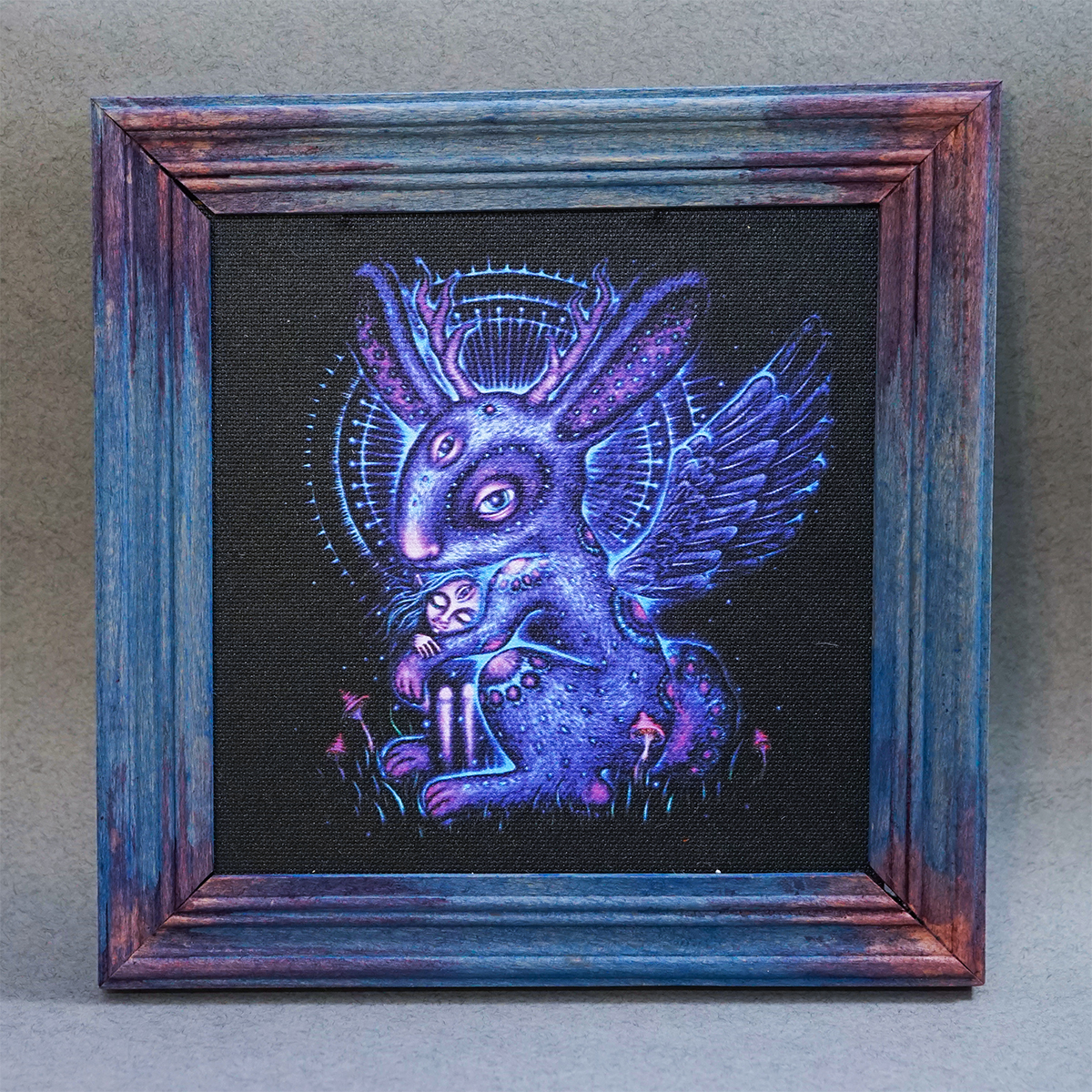 The Wolpertinger is a mythical creature from the Alpine forests of Bavaria, a mix of a forest beast, with horns and wings.

His body is mix up of various animal parts – usually wings, horns, tail and fangs – attached to the body of a small mammal.

According to legend, Volpertinger considered to be very shy.

The Wolpertinger can only be seen by a young beautiful girl who was led to the edge of the forest by an experienced hunter at dusk.

A horned hare, rabbit or harelope is a fictional animal (chimera) that appears in various folklore and literary works

(including the fairy tales of the Brothers Grimm)